Gallery Of The Main Protagonist's In The Movie 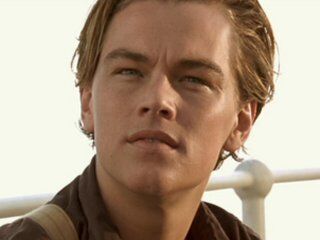 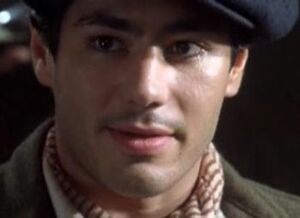 Titanic is a 1997 American epic romantic disaster film directed, written, co-produced, and co-edited by James Cameron. A fictionalized account of the sinking of the RMS Titanic, it stars Leonardo DiCaprio and Kate Winslet as members of different social classes who fall in love aboard the ship during its ill-fated maiden voyage.

Cameron's inspiration for the film was predicated on his fascination with shipwrecks; he wanted to convey the emotional message of the tragedy, and felt that a love story interspersed with the human loss would be essential to achieving this. Production on the film began in 1995, when Cameron shot footage of the actual Titanic wreck. The modern scenes were shot on board the Akademik Mstislav Keldysh, which Cameron had used as a base when filming the wreck. A reconstruction of the Titanic was built at Playas de Rosarito, Baja California, and scale models and computer-generated imagery were also used to recreate the sinking. The film was partially funded by Paramount Pictures and 20th Century Fox, and, at the time, was the most expensive film ever made, with an estimated budget of $200 million. Upon its release on December 19, 1997, the film achieved critical and commercial success. Nominated for fourteen Academy Awards, it won eleven, including the awards for Best Picture and Best Director, tying Ben Hur (1959) for most Oscars won by a single film. With a worldwide gross of over $2 billion, it was the first film to reach the billion dollar mark, remaining the highest-grossing film of all time for twelve years, until Cameron's 2009 film Avatar surpassed its gross in 2010. A 3D version of the film was re-released in theaters (often billed as Titanic 3D) on April 4, 2012, to commemorate the centenary of the sinking of the ship.

In 1996, treasure hunter Brock Lovett and his team explore the wreck of RMS Titanic, searching for a diamond necklace called the Heart of the Ocean. They recover Caledon "Cal" Hockley's safe, believing the necklace to be inside, but instead find a sketch of a nude woman wearing it, dated April 14, 1912, the night the Titanic hit the iceberg. An elderly woman named Rose Dawson Calvert, hearing about the drawing, calls Lovett and claims that she is the woman depicted and she and her granddaughter, Lizzy Calvert, visit him and his team on his salvage ship. Asked if she knows the whereabouts of the necklace, Rose recalls her time aboard the Titanic, revealing that she is Rose DeWitt Bukater, a passenger believed to have died in the sinking.

In 1912, 17-year-old first class passenger Rose boards the ship in Southampton with her fiancé Cal, the son of a Pittsburgh steel tycoon, and her mother, Ruth DeWitt Bukater. Ruth stresses the importance of Rose's engagement, as the marriage will solve the DeWitt Bukaters' secret financial problems. Distraught by her engagement, Rose considers suicide by jumping off the ship's stern. A drifter and artist named Jack Dawson stops her. Discovered with Jack on the stern, Rose tells Cal that she was looking over the ship's edge in curiosity and that Jack saved her from falling. At Rose's insistence, Cal invites Jack to dinner the following night to show his appreciation. Jack and Rose develop a tentative friendship, though Cal and Ruth are wary of the young third-class man. Following the first-class dinner that night, Rose secretly joins Jack at a party in the ship's third-class quarter. Forbidden to see Jack by Cal and Ruth, Rose attempts to rebuff Jack's continuing advances. She soon realizes, though, that she prefers him over Cal, and meets him at the bow of the ship during what turns out to be the Titanic's final moments of daylight. They go to Rose's stateroom and she asks Jack to sketch her completely naked while wearing the Heart of the Ocean, Cal's engagement present. Afterward, the two evade Cal's bodyguard, and make love in the ship's cargo hold. Going afterwards to the ship's forward well deck, they witness the ship's collision with an iceberg and overhear the ship's officers and designer outline its seriousness. Rose tells Jack that they should warn her mother and Cal.

Cal discovers Jack's drawing and a mocking note from Rose in his safe along with the necklace. Furious, he has his bodyguard slip the necklace into Jack's coat pocket. Accused of stealing it, Jack is arrested, taken down to the Master-at-arms's office and handcuffed to a pipe. Cal puts the necklace in his coat. Rose runs away from Cal and her mother (who has boarded a lifeboat) and releases Jack. The ship then starts to launch flares in order to attract any nearby ships. Once Jack and Rose reach the deck, Cal and Jack persuade her to board another lifeboat, Cal claiming that he has arranged for himself and Jack to get off safely. After she boards, Cal tells Jack that the arrangement is only for himself. As Rose's boat lowers, she realizes that she cannot leave Jack, and jumps back on board the Titanic to reunite with him. Infuriated, Cal takes a pistol and chases them into the flooding first-class dining saloon. After exhausting his ammunition, Cal realizes to his chagrin that he gave his coat with the diamond to Rose. With the situation now dire, he returns to the boat deck and boards a lifeboat by pretending to look after a lost child.

Jack and Rose return to the top deck. All lifeboats have departed and passengers are falling to their deaths as the stern rises out of the water. The ship breaks in half, and the stern side rises 90-degrees into the air. As it sinks, Jack and Rose ride the stern into the ocean. Jack helps Rose onto a wall panel only able to support one person's weight. Holding the panel's edge, he assures her she will die an old woman, warm in her bed. Meanwhile, Fifth Officer Harold Lowe has commandeered a lifeboat to search for survivors. He saves Rose, but is unable to reach Jack before he dies from hypothermia.

Rose and the other survivors are taken by the RMS Carpathia to New York, where Rose gives her name as Rose Dawson. She hides from Cal on Carpathia's deck as he searches for her. She learns later that he committed suicide after losing his fortune in the Wall Street Crash of 1929.

Her story complete, Rose goes alone to the stern of Lovett's ship. There she takes out the Heart of the Ocean, which has been in her possession all along, and drops it into the ocean. While seemingly asleep in her bed, the photos on her dresser are a visual chronicle that she lived a free life inspired by Jack. The young Rose is then seen reuniting with Jack at the Grand Staircase of the RMS Titanic, cheered and congratulated by those who perished on the ship.