Ruth DeWitt Bukater (born in 1860s) is the mother of Rose DeWitt Bukater and one of the main antagonists in Titanic. Consumed by her wealth, she was very snobby, rude, spoiled, and selfish. After her husband died and left her and Rose completely bankrupt, Ruth's materialistic and gold-digging ways and snobby personality went to the extreme and targeted Cal for Rose so they could remain financially wealthy. She is portrayed by Frances Fisher.

Ruth was born around the 1860s. Not much else is known about Ruth's early life, but it is known that she was born in high-society Pennsylvania. It is not known who her parents were, but they were most likely well off or extremely wealthy, because Ruth inherited much of their wealth as well as her husbands.

It is also unknown who Ruth's husband was, but it is known that she gave birth to his only daughter, Rose DeWitt Bukater. When her husband died when Rose was still a child; Ruth claimed that he left them with nothing but a legacy of bad debts hidden by a good name. Rose and Ruth did not develop a very good, close relationship, however; when Rose was about 16, Ruth introduced her to Caledon Hockley. And at 17 forced Rose into an arrange Marriage for his money so Ruth could continue living the pampered life of luxury she was so used to.

In 1912, Cal and Rose boarded the Titanic with Ruth. "So this is the ship they say is unsinkable," Ruth remarked as she boarded.

Ruth is seen numerous amounts of times throughout the movie pushing Rose around, forbidding her to smoke or even giving her a cold glare when she sees her spitting or displaying bad-manners and being un-ladylike.

At the dinner scene, Ruth attempts to humiliate Jack and viciously exposes him in a disguised manner as a steerage passenger in hopes of having him shunned by the other first class dinner guests who dined at the same table (though he dodges the insult with humor and avoids being offended by replying back to it with a joke) and even forbidding Rose from seeing him again after Rose was caught sneaking away to the third class section of the ship with Jake to a party to drink beer, dance and smoke (in case she runs off with him and leaves her penniless and poor).

The next day she severely scolds Rose, disapproving of her associating with Jack ever again, reminding Rose that Cal is a fine match for her, and that the money they once had is long gone and she must marry Cal to secure their future.

Once the ship accidentally hit an iceberg, Ruth was reluctant to get on a lifeboat, not realizing what great peril she was in. She said to Rose that she 'hoped there were first class seats' on the lifeboats, so she wouldn't have to sit next to any steerage, believing them to be inferior to her. Rose is angered by this comment, shouting at her mother that there are not enough life boats on the Titanic, and that half the people on this ship will die, and that she is behaving disgustingly in such unfortunate circumstances. Realizing the truth that Rose speaks, Ruth says nothing.

When Ruth gets on Lifeboat 6 she is seen to be shocked and scared when Rose runs away from the lifeboat to be with Jack instead (Rose simply telling Ruth goodbye mother, and never looking back). Ruth calls out for Rose to come back, but Rose either doesn't hear her or doesn't care anymore.

In the lifeboat, Ruth puts her hands over her ears to block out all the screams and shouts of the frightened people still stuck onboard, dying and freezing to death as the Titanic plunders into the ocean. In a deleted scene, she was last seen boarding the Carpathia. She has survived the disaster, but is led to believe that Rose is dead. A clearly heartbroken Ruth is seen looking for her daughter, likely realising she cared about her too late. Her character isn't seen again after this scene that didn't make the cut.

It is unknown what happened to Ruth after the disaster. She is never shown or even heard of reuniting with her daughter. Although uncertain, it is highly possible that Ruth most likey never saw Rose again, due to Rose's hatred of her (which had intensified while aboard Titanic) and her changing her name to "Rose Dawson," likely to avoid being found by her or Cal (whom had also survived the Titanic sinking). This possibly led Ruth to believe that her daughter had died on the Titanic during its disaster, which was what everyone else also believed until the old Rose revealed herself as the girl who wore the diamond necklace in the drawing found nearly a century later.

Most fans speculate that she became a poor and penniless seamstress and lived out her life working in a factory. With is very possible, without the financial security of the arranged marriage between Cal and Rose.

It is, however, also just as possible that she re-married into wealth. However, since Ruth does not make an appearance after her survival, nor is mentioned again, her fate is left unknown. 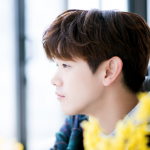 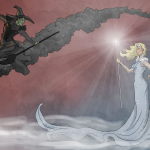 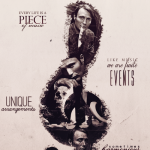